Here is an example, it shows how the knockout cell lines were established, and how the specific antibodies (anti-PD-1 ab and anti-PD-L1 ab) were validated. As important immunological checkpoints, PD-1 and PD-L1 are commonly expressed in  T-cells and tumor cells, respectively (Fig 1), the combination of PD-L1 and PD-1 could inhibit T-cells activation and proliferation, promote T-cells apoptosis, then cause the shut down of T-cell-mediated immune response. The process helps tumor cells evade the host immune system.

Fig 1. The relation of PD-1 and PD-L1 in the T-cells and tumor cells, respectively.

PD-1/PD-L1 immunotherapy has been paid much attention, currently, and anti-PD-1/PD-L1 antibodies are widely researched and used for the treatment of multiple types of tumors. Since the study of PD-1 and PD-L1 is so hot, we have developed antibody against human PD-1 (PAA751Hu01) and PD-L1 (MAA788Hu22), respectively, and these antibodies were validated not only by WB and IHC, but also by knockout cell lines. For knock-out validation, at first, PD-1 and PD-L1 gene KO cell lines were established by lentiviral transfection system combined with CRISPR/Cas9 technique, fixed point edition of PD-1 and PD-L1 gene were perfomed in Jurkat cells and MB231 cells, respectively. LentiCRISPRv2 recombinant vectors containing sgRNA sequence were constructed, and then it was transfected into cells together with lentivirus packaging plasmid, through screening by puromycin. Finally, stably transfected KO cell lines with directed mutation of target gene were obtained (Fig 2).

Fig 2. Gene sequencing of site-specific mutagenesis of PD-1 and PD-L1 in normal and knockout cells.

Fig 2. Gene sequencing of site-specific mutagenesis of PD-1 and PD-L1 in normal and knockout cells.

After the knockout cell lines were successfully obtained, anti-PD-1 ab and anti-PD-L1 ab were tested through Western Blot (Fig 3), the result showed that the content of PD-1 and PD-L1 protein were significantly reduced in KO Jurkat cells and KO MB231 cells, comparing with the untreated cells. In turn, it also indicated the specificity and accuracy of PD-1 and PD-L1 antibody.

Fig 3. The validation of PD-L1 and PD-1 antibody in knockout cells by WB 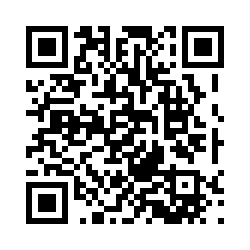